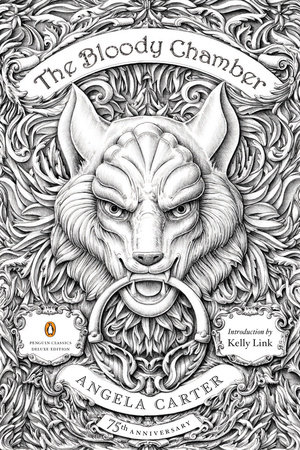 For the 75th anniversary of her birth, a Deluxe Edition of the master of the literary supernatural’s most celebrated book—featuring a new introduction by Kelly Link

In her masterpiece, The Bloody Chamber—which includes the story that is the basis of Neil Jordan’s 1984 movie The Company of Wolves—she spins subversively dark and sensual versions of familiar fairy tales and legends like “Little Red Riding Hood,” “Bluebeard,” “Puss in Boots,” and “Beauty and the Beast,” giving them exhilarating new life in a style steeped in the romantic trappings of the gothic tradition.

“The tales are retold by Angela Carter with all her supple and intoxicating bravura.” —The New York Review of Books

“She was, among other things, a quirky, original, and baroque stylist, a trait especially marked in The Bloody Chamber—her vocabulary a mix of finely tuned phrase, luscious adjective, witty aphorism, and hearty, up-theirs vulgarity.” —Margaret Atwood, The Observer

“She writes a prose that lends itself to magnificent set pieces of fastidious sensuality . . . dreams, myths, fairy tales, metamorphoses, the unruly unconscious, epic journeys, and a highly sensual celebration of sexuality in both its most joyous and darkest manifestations.” —Ian McEwan

Sophi Fevvers—the toast of Europe’s capitals, courted by the Prince of Wales, painted by Toulouse-Lautrec—is an aerialiste extraordinaire, star of Colonel Kearney’s circus. She is also part woman, part swan. Jack Walser, an American journalist, is on a quest to discover Fevvers’s true identity: Is she part swan or all fake?

Dazzled by his love for Fevvers, and desperate for the scoop of a lifetime, Walser joins the circus on its tour. The journey takes him—and the reader—on an intoxicating trip through turn-of-the-century London, St. Petersburg, and Siberia—a tour so magical that only Angela Carter could have created it.

One night Melanie walks through the garden in her mother’s wedding dress. The next morning her world is shattered. Forced to leave the comfortable home of her childhood, she is sent to London to live with relatives she has never met: Aunt Margaret, beautiful and speechless, and her brothers, Francie, whose graceful music belies his clumsy nature, and the volatile Finn, who kisses Melanie in the ruins of the pleasure gardens. And brooding Unlce Philip loves only the life-sized wooden puppets he creates in his toyshop. This classic gothic novel established Angela Carter as one of our most imaginative writers and augurs the themes of her later creative work. 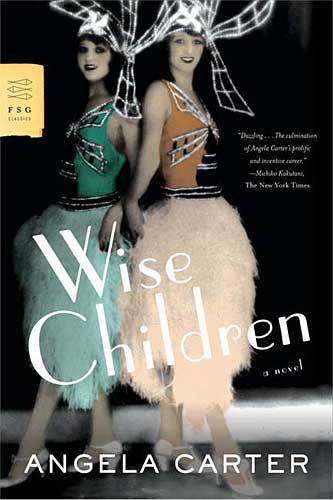 In their heyday on the vaudeville stages of  the early twentieth century, Dora Chance and her twin sister, Nora–unacknowledged daughters of Sir Melchior Hazard, the greatest Shakespearean actor of his day–were known as the Lucky Chances, with private lives as colorful and erratic as their careers. But now, at age 75, Dora is typing up their life story, and it is a tale indeed that Angela Carter tells. A writer known for the richness of her imagination and wit as well as her feminist insights into matters large and small, she created in Wise Children an effervescent family saga that manages to celebrate the lore and magic of show business while also exploring the connections between parent and child, the transitory and the immortal, authenticity and falsehood.

The transformation of Desiderio’s city into a mysterious kingdom is instantaneous: Hallucination flows with magical speed in every brain; avenues and plazas are suddenly as fertile as fairy-book forests. And the evil comes, too, as imaginary massacres fill the streets with blood, the dead return to question the living, and profound anxiety drives hundreds to suicide.

Behind it all stands Doctor Hoffman, whose gigantic generators crack the immutable surfaces of time and space and plunge civilization into a world without the chains – or structures – of reason. Only Desiderio, immune to mirages and fantasy, can defeat him. But Desiderio’s battle will take him to the very brink of undeniable, irresistible desire. 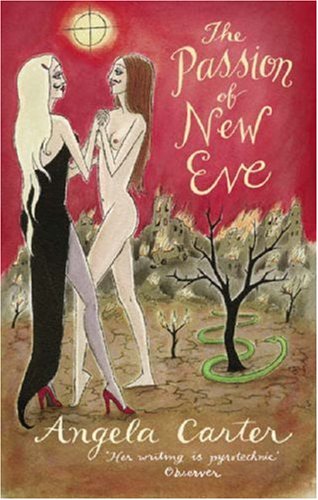 This story follows Evelyn, a young Englishman, along a journey through mythology and sexuality. It is a story of how he learns to be a woman, first in the brutal hands of Zero, the ragtime Nietzsche, then through the ancient Tristessa, the beautiful ghost of Hollywood past. 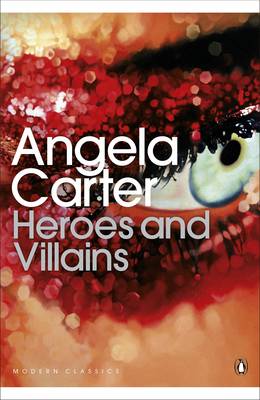 A modern fable, a post-apocalyptic romance, a gothic horror story; Angela Carter’s genre-defying fantasia “Heroes and Villains” includes an introduction by Robert Coover in “Penguin Modern Classics”. Sharp-eyed Marianne lives in a white tower made of steel and concrete with her father and the other Professors. Outside, where the land is thickly wooded and wild beasts roam, live the Barbarians, who raid and pillage in order to survive. Marianne is strictly forbidden to leave her civilized world but, fascinated by these savage outsiders, decides to escape. There, beyond the wire fences, she will discover a decaying paradise, encounter the tattooed Barbarian boy Jewel and go beyond the darkest limits of her imagination. Playful, sensuous, violent and gripping, “Heroes and Villains” is an ambiguous and deliriously rich blend of post-apocalyptic fiction, gothic fantasy, literary allusion and twisted romance. 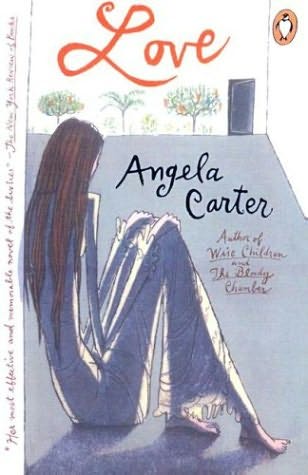 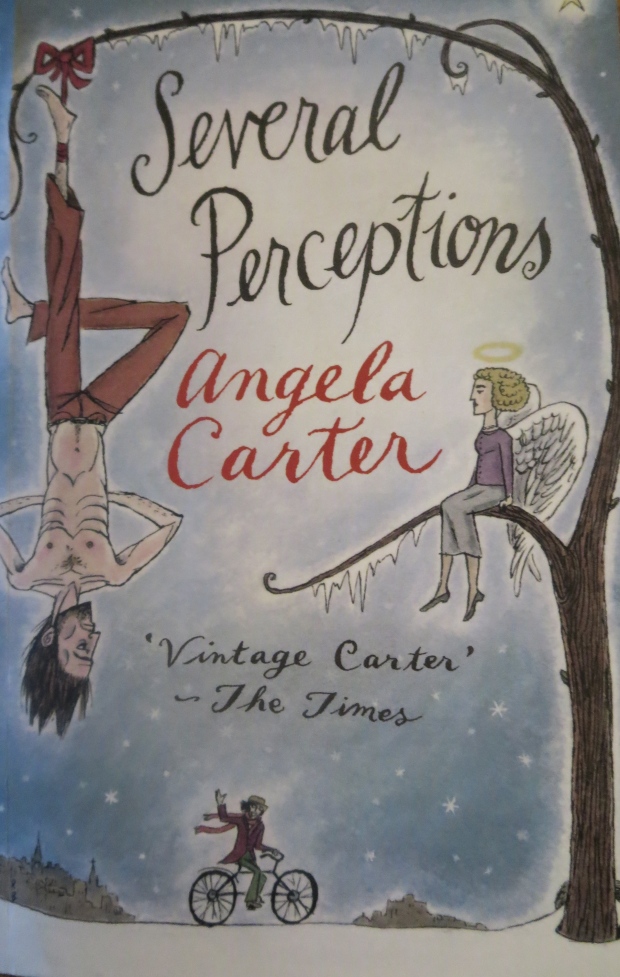 Centre stage in Angela Carter’s unruly tale of the Flower Power Generation is Joseph – a decadent, disorientated rebel without a cause. A self-styled nihilist whose girlfriend has abandoned him, Joseph has decided to give up existing. But his concerned friends and neighbours have other plans. In an effort to join in the spirit of protest which motivates his contemporaries, Joseph frees a badger from the local zoo; sends a turd airmail to the President of the United States; falls in love with the mother of his best friend; and, accompanied by the strains of an old man’s violin, celebrates Christmas Eve in a bewildering state of sexual discovery. But has he found the Meaning of Life? 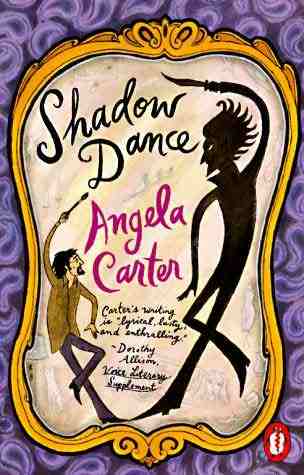 Carter’s heady first novel introduces one of her most enigmatic characters. Honeybuzzard spends his nights scavenging the contents of abandoned buildings and his days seducing and tormenting lovers, enemies, and friends. He and his best friend Morris scoour the backstreets of London, leaving behind a trail of detruction in the broken hearts and dashed hopes of those they love, manipulate, and ultimately discard.